The Art of Plate Spinning 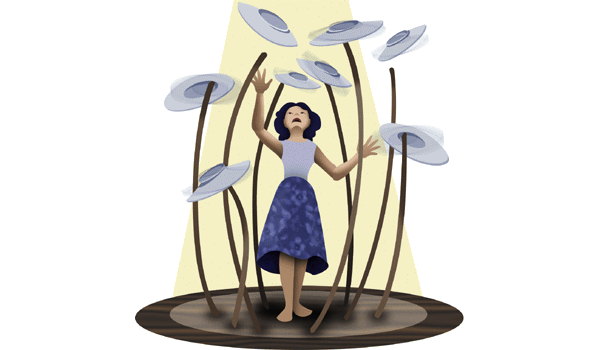 Every profession consists of balancing responsibilities – kind of like spinning a bunch of plates and sometimes choosing which ones to let fall.

My 5’ 3” frame was facing off with a football quarterback and a linebacker. It was a come-to-Jesus meeting I had called in the hallway before class started. I had an agenda for my meeting but began second-guessing myself as I tilted my head back to make eye contact with the two giants. From a distance, I’m sure the scene was humorous. I had not calculated the two athletes’ size when I invited them to the meeting; I was only focused on communicating that they would no longer be hijacking my classroom with their disrespectful behavior.

Once I voiced the purpose of our meeting, I asked for a response. After a few moments, the quarterback spoke up. Are you ready for this? He actually said, “Revolutionary War speeches are pretty boring. We are just trying to have fun.”

For the record, Patrick Henry, Thomas Jefferson, and Benjamin Franklin are extremely fascinating historical figures and persuasive orators. Do not listen to football players’ opinions on literature.

Although my blood pressure at this point was off the charts, I calmly went through my planned strategies:

Patrick Henry’s words came to my mind: “These are the times that try men’s souls.”

In the middle of my loss for words, an idea popped into my brain, bypassed the vetting process, and spilled from my mouth.

I would give the boys 10 minutes at the beginning of each class period to teach me about football. In return, their behavior and attitude would improve during my lessons. Additionally, they would need to submit lesson plans with objectives for each lesson, and in two weeks, I would take a football test while they took the American Literature test.

Challenge accepted. By the end of each class, my whiteboard sported football plays alongside literary terms, speech outlines, and reading assignments.

I must admit it was rather fun sitting at a student’s desk watching two athletes nervously explain in simple terms all the crazy positions and rules of football. I was an engaged student and asked lots of questions, took notes, and even studied for the final test. Football is hard! By the end of the unit, I was sure I had earned an A, but I ended up with a B. Their math must have been squirrely when figuring my score.

The boys passed American Literature: one with a C and the other with a B. Their football careers were saved, we had fun and gained more respect for each other.

I’m not sure how much I remember from my football lessons, but I remember those boys’ enthusiasm about the sport, and that had made all the difference. It was easy to engage with their lessons because they were so passionate about the sport. I realized I needed to better express my passion for teaching American literature.

Teachers have a lot of plates spinning and sometimes the first plate to fall is their passion for teaching, but that is the very plate that will keep all the others spinning.

Let me know if you need help spinning your passion plate this year. I can also put on some pads and a helmet to block the Negative Nancys if they are trying to steal your plates.

I am no longer in the classroom, but this is one truth I know for sure, teachers: Students will remember you more than your lessons. They will recall your enthusiasm, your character, and your attitude years from now.

Oh, and your most embarrassing moments, such as accidentally switching the first letters of the name, Huck Finn, those moments will be engrained in their minds . . . forever.