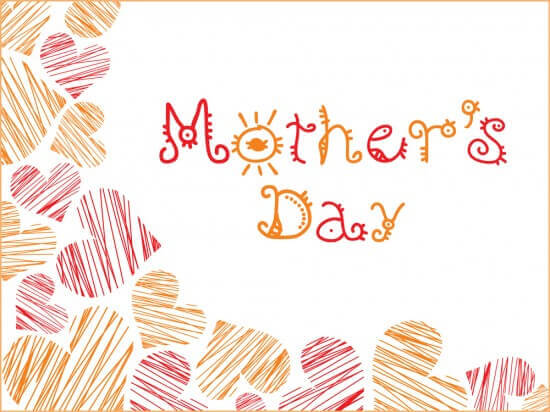 Spatula in hand, she sadly looks at the cake sagging on one side by about an inch. Slathering more frosting to that side of the cake helps it look more even, but then in a few moments, the extra weight causes more sagging. Looking at the picture on the recipe and then at the cake sitting before her, she chalks this venture up as another failure.

As she carries her disaster to the table singing “Happy Birthday” in the key of B flat, emphasis on flat, her six-year-old beams. He sees a beautiful cake, chocolate just like he wanted, with sparkling candles and sprinkles. His birthday gift is exactly what he’s been talking about for weeks and he holds it up for his friends to see. She watches and wishes it had been wrapped in the special paper she had bought but hadn’t had time to use.

Small, unimportant disappointments create an avalanche of guilt that threatens to steal her joy and feeling of accomplishment as a mother. Fortunately, her “failures” are never included in her son’s childhood memories. When that little boy becomes an adult, he will remember the love his mother lavished on him, not just on birthdays, but even when she sent him to his room for telling a lie when he was six years old, or when she held his phone hostage, a consequence of his chosen behavior when he was sixteen.

Stereotypically, we think motherhood can be embodied in a picture of a woman tenderly holding a baby. Before a baby arrives, everyone talks about how sweet a baby smells, how wonderful that little bundle feels snuggled against your neck, and how beautiful the first coos sound. Pre-baby chatter rarely includes the rotten smell of a dirty diaper, the yucky warm spit-up running down your neck, or the cries that refuse to be soothed. I dare say baby fever might reach herd immunity if we only focused on smelly diapers, spit-up, and crying. And those are just the beginning!

The concept of motherhood is much more profound than simply caring for an infant. I will never forget the time when I was visiting my mother in the nursing home. I pulled the bed covers up over her arms as I told her I was going to go for the night and would be back in the morning, as if she would remember. As I leaned down to give her a goodnight kiss, in her Alzheimer’s confusion she said, “I’m so glad you’re my mom. You’re such a good mother.”

Although I was her daughter, her heart was reminded of the care and nurture her mother had shown her many years ago.

The title of Mother does not depend on who gave birth to whom. Many times, in introducing myself, I tell people that I have three children and eleven grandchildren. Many are shocked to discover that my daughter has nine children.

I usually help them recover by saying, “Some of those children are adopted.”

“Some? How many are adopted?”

Every single time, I have to run through all nine names and count on my fingers the ones who joined our family after their births. My role as Mimi does not change according to whether a child was born or adopted into our family. The way I show my love varies according to the individual child. According to Garrett who is in kindergarten, baking cookies and making macaroni and cheese is an important part of being Mimi. He knows that cooking is my love language because I definitely do not excel at creating transformers with Legos.

The word mother encompasses much more than a relationship through birth or adoption. It also indicates the ultimate version of something: Mother Nature, the mother of all battles, Alma Mater (mater means mother), a face only a mother could love, mother country, mother tongue, necessity is the mother of invention, and of course, Whistler’s Mother (I just threw that last one in there. Not sure it helps my point. 😊)

Motherhood portrays the ultimate way God loves His children, and you don’t need an obstetrician for that!

How great is the love the Father has lavished on us, that we should be

called children of God! And that is what we are!

Be a mother even if you have never had a baby. Thank a mother, even an unlikely one, for the love that has been lavished on you.

Sunday, May 9, is the official Mother’s Day. Be sure to express your appreciation to those who have cared for and nurtured you, even if one of those people is your brother. It will freak him out when you send him flowers and say Happy Mother’s Day!

PrevPreviousUnrude Awakening – A short story
NextWhat I Learned From a MouseNext