The Art of Being Right 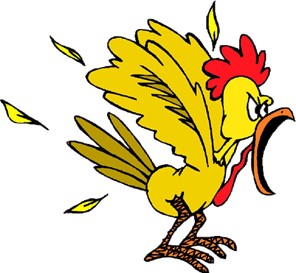 I had simply told my sister what I had heard our mother say she was cooking for dinner. Next thing I knew, my wrists were pinned to the floor, and my spine was chiseling its way into the hard linoleum. The weight on my chest as well as the onion-laden breath in my face made it difficult to breathe. . .

That memory popped into my head as I was scrolling through Facebook and noticed an advertisement for a notebook titled, “All the Times I Was Right.” At first, I thought I need that!  As I get older, I struggle more and more to remember all those times I was right about something, and a notebook containing all those details would come in handy during a disagreement with you-know-who. I think my record is impressive, so if I could record and organize my successes, I would be unstoppable! (Yes, I’m kidding . . . kind of.)

However, there are times I have not been right (you might choose the word “wrong,” but I think that is a bit harsh), and one of those times early on resulted in my being pinned to the floor by my sister. It seems she was annoyed by the way I said the word chicken. Unbeknownst to me as a four-year-old, I was saying shicken, which pushed her over the edge that day. We were alone in the kitchen when she tackled me, immobilizing my tiny wrists by trapping them between her hands and the floor, sitting astraddle me, and leaning over until she was an inch from my face and yelling at me.

“NO!” And then she would lift herself up and plop down on me again, nearly knocking the breath out of me. “CHICKEN!”

“There! I knew you could say it.” With that she got up, helped herself to a freshly baked cookie, and went outside. (Don’t worry; she grew up to be much nicer and a lot more patient.)

From then on, I simply avoided saying chicken. To me, shicken and chicken sounded exactly the same, but as it turns out, they really didn’t. Who knew? Until that moment, I would have sworn I was saying it correctly. There must have been something about inhaling my sister’s onion breath and becoming one with the linoleum that corrected the way I said chicken. Or, maybe I just started listening more closely to other people say that nefarious word. Somehow, I began saying chicken instead of shicken and I was doing it intentionally of my own volition. I think I would have eventually corrected myself in time and with a lot less drama.

I can’t really be too critical of my sister because I’m sometimes embarrassed by how strongly I feel my way of doing something is the best way, the right way. For example, it’s nearly impossible for me to watch someone cook in my kitchen if they don’t do it exactly the way I do it. Just ask Melissa. This past Sunday, I literally took the fork out of her hand when she was frying shicken because the pieces needed rearranged in the skillet and for some reason, she couldn’t see that! Time was of the essence, so I didn’t even ask; I just took the fork right out of her hand! Actually, I’m pretty sure she had everything under control, but I didn’t give her a chance.

I often find myself thinking I’m right about some things. (I know that is a shock to my husband.) However, there are times I realize I’m not. Don’t we all? It’s part of the journey. My sister was convinced that the best way to correct my pronunciation was by terrifying me, and I was so eager to fry shicken correctly that I rudely grabbed a fork from my daughter’s hand.

“There is a way that appears to be right, but in the end, it leads to death. The simple believe anything, but the prudent give thought to their steps.” ~Proverbs 14:12a, 15 NIV

Giving thought to my steps is some homework I’m still working on.